Hidden away amidst the whirring of large-format digital scanners, a small team continues its work to digitally preserve Africa’s rock art heritage.

The  South African Rock Art Digital Archive (SARADA) is based at the Rock Art Research Institute at Wits University and has been involved in the digital preservation of this ancient art form for the past 12 years.

Led by Azizo Da  Fonseca, the team has managed to develop a database of over 280,000 records spanning 7,000 rock art sites. In effect, it is the largest rock art digital archive in the world. Desp[ite this monumental achievement, Da  Fonseca believes there is a lot of work ahead of the team as South Africa alone has about 15,000 known rock art sites.

His team have so far digitised collections owned by the Rock Art Research Institute, Iziko Museums of Cape Town, Natal Museum, National Museum (Bloemfontein), University of Cape Town (UCT), and the University of South Africa (UNISA) among others.

Database consists of 20 TB of data so far

The original ‘documents’ comes in various formats including 35mm slides, photos, redrawings and tracings. Digital images are also stored on the database to make them accessible to other researchers.

“We store the images as TIFF files which range from 40mb to 1.6GB depending on the size of the art and the format we receive it in,” says Da Fonseca. “We have 20TB of storage and a mirrored replica for redundancy.”

After receiving a R7-million grant from the National Lottery, SARADA is focusing on expanding its collections. The project has an international outlook and is currently negotiating with museums abroad which have African rock art collections.

Da Fonseca believes the collections can be used by researchers as a starting point in their research.“This is an African project for the people of the world,” he says.

The full database is available online at http://www.sarada.co.za 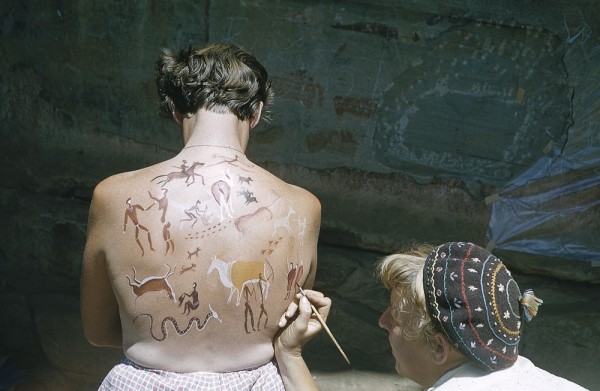