University can be especially hard and challenging for a lot of students and most people wish that university came with a survival guide, a manual to help you along the way. Muimeleli Mutangwa heeded the call when he wrote the book, Before Varsity.

The Chemical Engineering Masters student said when he began writing Before Varsity, he was not trying to write a book but rather a letter aimed at answering all the curiosities that his younger brother who was going to matric in 2015 had about university. 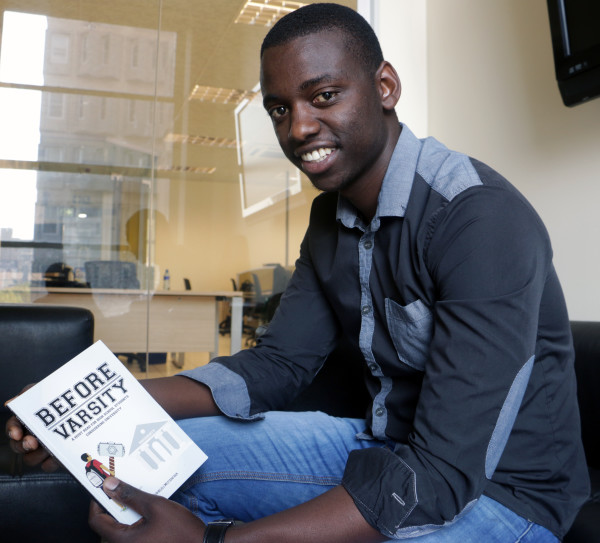 “I would try to explain but sometimes you get tired of explaining something you’ve already explained. So I thought let me just write this down. So you write and you can’t stop and before you know it, it hits you that this thing can actually be a book” said Mutangwa.

The book is filled with lessons ranging from academics, financial management to the social aspects of university. All these lessons are taken from Mutangwa’s experiences and those he witnessed during his years at university.

Mutangwa is careful to emphasise that the book is not prescriptive, “It’s just genuine brotherly advice more than anything. I am not saying that these are the things that you have to take, it’s just what I think… So if you feel like it’s helpful you can take it,” he said.

The book is a light read with easy language and humour to relay the challenges he faced and how he overcame them. In chapter 5 Mutangwa humorously speaks of how he joined the debate club to improve his communication skills. He speaks of how he struggled to speak to other students and engage in class. He uses his own background as someone who was in a school where everyone spoke Venda to elaborate:

“I could only make noise around Venda-speaking people. I would be the quiet one when a group of friends were making a hell of a lot of noise in English, I was forced to keep my opinions to myself!”

Many anecdotes like the one above can be found in the book along with poetry written by the author at the start and end of every chapter.

Mutangwa’s is not the only voice in the book. There are quotes at the start of every chapter that relate to the content and the last chapter features first person accounts of 12 students who speak about their experiences in university.

So far he has sold over 400 copies of his book which is self-published.

Wits Vuvuzela: A book for black girls everywhere, May 7, 2016