Wits University’s school of governance held their graduation on 21 April with EEF parliamentarians dominating the stage. 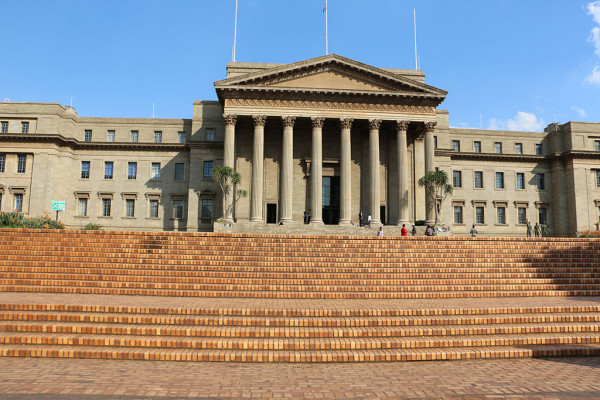 Eduacated: EFF parliamentarians are ready to govern with their new qualification from the school of governance.                   Photo: Ntando Thukwana

Donning their red berets, the Economic Freedom Fighters public office bearers were conferred more qualifications than the other parliamentarians at the school of governance graduations on April 21.

Fourteen of the 164 graduates, currently public representatives in parliament and provincial legislatures were from the EFF. The graduates were conferred with NQF level eight certificates in governance and leadership.

The head of school of governance at Wits professor David Everatt says the school prides itself on being an institution that is increasingly concerned with the distribution of power in society and how that power is held accountable, in a context of increasing complexity.

He also added that he was very proud of all the candidates who came from all the other parties. “The EFF was more noticeable because of their berets and it is commendable that the EFF is making use of parliamentary support programmes to further their education.”

Mandisa Mashego, a member of the EFF and the Gauteng Provincial Legislature, was one of the candidates who graduated from the school of governance at Wits. She said that the qualification is helpful from a content and outline point of view.

“It gives a basic outline of how government public policy is determined, it also doesn’t delve into ideology,” says Mashego.

Soon after the parliamentarians graduated, the EFF was accused on social media of celebrating colonial education. “The entire socioeconomic framework is dominated by a western system. Schooling is premised on a colonial system of education,” she said.

“If anyone says that the EFF is celebrating a colonial education, they should join us in the fight for a free decolonised education,” Mashego added.