Member of Parliament Dr Makhosi Khoza says she won’t stop speaking out against corruption in the ANC and its leadership. Even though she and her family have received numerous threats.

Speaking at the Mennel Media Exchange conference on Saturday, the ANC politician said her party’s leaders are wrong for allowing corruption to flourish.

Khoza who was accompanied by a body during the media conference said she has not slept at her home in months because of fear.  Adding that her daughter reportedly returned from work to find her car tyres slashed. 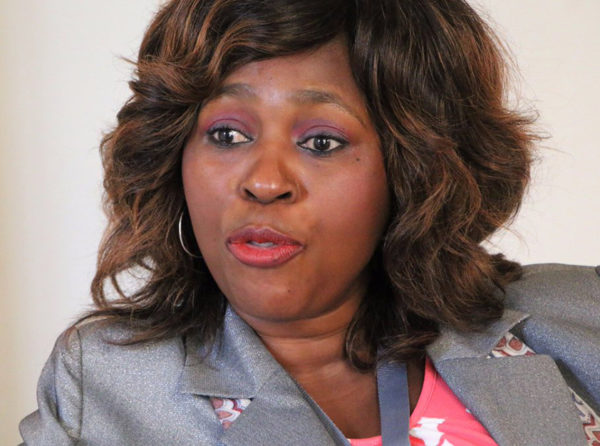 Responding to how far she’s willing to go in terms speaking out against corruption given that her life and that of her family is danger Khoza said “As long as I still have breath in my soul, as long I can still wake up and still see the sky I won’t stop; I will speak out,”

Khoza said the Duke Menell Media Exchange conference theme of trust and truth applied to the ANC, which is not truthful to the public and the public no longer trusts the organization. She then made reference to areas such as Johannesburg, Tshwane, Ekurhuleni, Nelson Mandela Bay, and Cape Town to where the ANC membership has decreased since 2012.

“What more can people say to the ANC to say listen, we no longer trust you. They have demonstrated that[…}”

“Dr’s address was very moving, I was touched. It is however interesting that she’s so vocal about corruption in the ANC yet she’s still part and parcel of it.” Said Phumzile Ndaba, conference and aspiring journalist. Student journalist asked Khoza to respond on the claims that she is speaking out against corruption and ANC to push her own agendas or strengthen her political profile, Khoza responded, “I have no control of what people think as long as I know I am true to myself.”