The Steinhoff Interfaculty League drew closer to the end as the semi-finals got underway on Wednesday evening at Wits University’s rugby stadium. 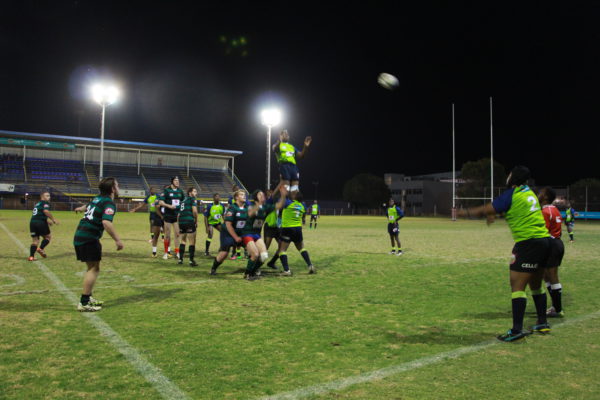 Junction’s captain, Christiaan Kleynhans, had a proud moment as he praised his team. “When I saw the team beforehand I was really confident and knew we would pull it through,”
said Kleynhans. “We know the final is going to be hard, we just going to come out and play as hard as we can. We just need to focus before the game and hopefully take it home,” he said.

Team coach Victor Mongwe said he was “thrilled” with the team’s achievement. “I’m very excited because this is the first time we will be going to the finals. I was a bit hesitant in the beginning because we started off slow but we gained our confidence and started playing really well,” said Mongwe.

The second round of the semifinals saw the Steinhoff Titans take on the Steinhoff Pearsons. Building up to the game the Titans were favoured to win, as they had been top of the log, and they did just that. It was the Pearson team that really snuck up on the Titans in the first half as they managed to score two consecutive tries leaving the first half at 12-12. However, the Titans bounced
back in the second half, capitalising on the opposition’s weakness and took the game home with a final score of 27-12.

The captain of the team Chris Worthington, said it was a tough game in the beginning but his team managed to conquer in the end. “Pearson showed up and gave us a good game but we were just
too powerful for them,” said Worthington.

The Steinhoff Titans and Steinhoff Junction will go head to head in the final of the interfaculty league next Wednesday, 30 August, 2017.

Wits Vuvuzela, Wits interfaculty rugby off to a smashing start, May 10, 2017