A student was evicted from his residence after a voilent incident. 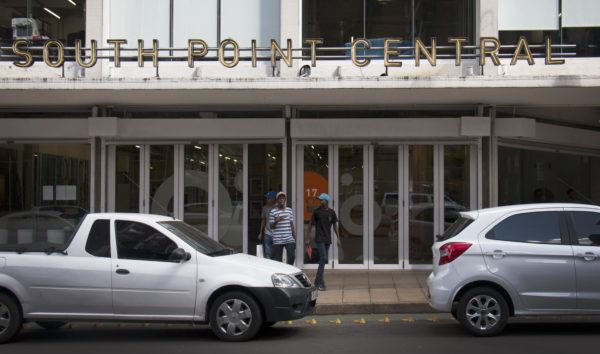 A Wits University student was evicted from student accommodation in Braamfontein following an alleged assault on a fellow student on Saturday, April 14.

The eviction happened on Monday, April 16, after a female student claimed she had been strangulated by the male student during an altercation between the two at South Point’s Epozini on De Korte Street.

Khetha Msane, regional marketing manager of South Point, said the students are believed to have been in a relationship prior to the violent incident that occurred at the weekend.

“Before the strangulation, we are told by the victim that the guy wanted to kiss her but she then pushed him away. The two continued arguing. This is when the guy strangled the victim in one of the corridors at Epozini,” said Msane.

Thembelihle Nkosi, the customer care administrator at South Point, told Wits Vuvuzela that, “[The perpetrator] admitted to having an argument with [the victim] and also admitted to using force against her [in the form of strangulation].”

As per South Point’s house rules, anyone who is reported to have been violent towards another tenant is forced to vacate the building within six hours. Furthermore, anyone found guilty of rape or sexual assault is evicted immediately.

“We explained the house rules to the perpetrator and told him to [vacate] the building immediately on Monday evening given that the incident had been reported again by some members of the SRC (Student Representative’s Council) as rape,” said Nkosi.

The allegations of rape against the perpetrator were made by SRC member Nompumelelo Malatji, via a Facebook post in which she named the alleged rapist. Both Msane and Nkosi confirmed to Wits Vuvuzela that both the victim and perpetrator said that there was no sexual assault or rape involved.

“We appreciate that the SRC acted fast on the matter, however, they need to take responsibility of finding all the facts surrounding an issue in future and not act on allegations.
“The perpetrator would have been dealt with as an assault perpetrator as opposed to a rape suspect,” said Msane.

Malatji declined to comment on the matter. “South Point will release an official statement during the course of the week which will also correct the flawed narrative around what happened based on accounts of both parties involved,” said Msane.

Crystal Dicks, director of the Wits Gender Equity Office that is tasked with handling cases of gender-based harm on campus, said her office had not received any official complaint related to the incident.