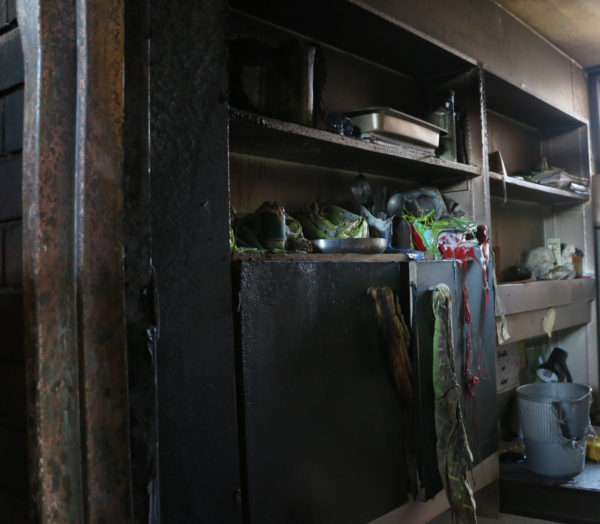 Students at a Wits University residence in Parktown found themselves out in the cold last night, July 26, after a fire broke out inside the building. Residents of Reith Hall had to evacuate the building after the fire broke out on the eighth floor around 22:30. No injuries were reported and  the residents have been moved to temporary accommodation.

Head of Wits Residence Life, Rob Sharman told Wits Vuvuzela, “There were no injuries. However, one student was treated for shock by the medical support that arrived on the scene.”

Hlengiwe Mhlongo, a first-year Bachelor of Nursing student whose room is situated on the eighth floor said she evacuated her room after smelling smoke.

“I was in my room trying to sleep when I smelt the smoke. I came out of my room and saw what was happening. I quickly told everyone on the floor to leave,” Mhlongo said.

Kristen Fourie, a second-year BSc student who also lives at the student residence, told Wits Vuvuzela, “The fire alarm only started to go off when most of us were outside. This is because there are only smoke detectors in the corridors and not in our rooms.”

Fourie added, “I was surprised that there were cleaners entering the building at two in the morning to go and clean the rooms, there was still so much smoke.”

Ntombebhongo Ngxovu, second-year BSc student and Reith Hall resident, told Wits Vuvuzela, “We were evacuated from the building. We were outside from 11pm until 2am while we waited for emergency services to arrive and then to check that it was safe to go back into the res. We waited plus minus 45 minutes for the fire department to arrive.”

According to Student Representative Council (SRC) spokesperson Sandla Mtotywa, “Wits were not correctly prepared as the affected students had to sleep in the television room. The students are traumatised and need counselling. As the SRC we want an internal audit done on the electrical and plumbing as it is old.”

The cause of the blaze remains unclear but according to Sharman, “An investigation is currently underway to ascertain the source [of the fire].”

Mtotywa said the SRC was concerned about how the matter would be handled. “We are worried that Wits might tamper with the evidence and blame the student for the incident when we believe it to be caused by old wiring.”

Sharman added, “Our principal concern is the students. Alternative accommodation has been made available to the girls directly affected by the fire. The students will be housed in the new wing at Barnato Hall and Medhurst Hall.”

This is a Thread!

The SRC was made aware of a fire that erupted in 2 Rooms at 8th Floor at Reith in Parktown because of Old Wiring in the Building that has left the electrical system in the building in jeopardy! pic.twitter.com/3MWbbMqC4K

A fire began at @ReithHall tonight, and this is what students had to go through @WITS_ARC . Is this acceptable @Wits_News @WitsUniversity ?! Management stays failing students pic.twitter.com/hoy6af8a2t