American style pizza with a kasi taste at the doorstep of Jozi. 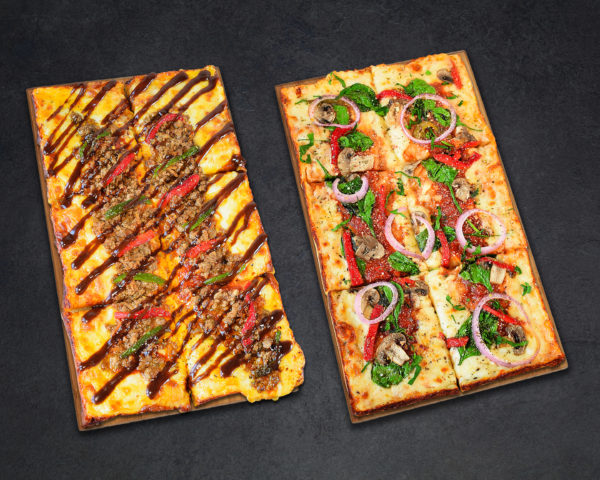 A first of its kind in Braamfontein, Mad Pizza 123 opened its doors to the public offering a new and modern twist on the conventional pizza. The restaurant serves its quirky rectangular pizzas on wooden chopping boards.

The pizza has an American and Italian touch to it with thick crusts, garnished with a choice of toppings, and a variety of sauces. Elements of South African “kasi flavour” are also on the menu.

Store manager, Bongani Radebe said, “We thought of a bunny chow and we wanted to involve some of its elements to our Ghetto Pizza by adding atchar, smoked russians and red chilli to it.”

The restaurant also uses sourdough (meaning there is no added store bought yeast) in kneading the crust. 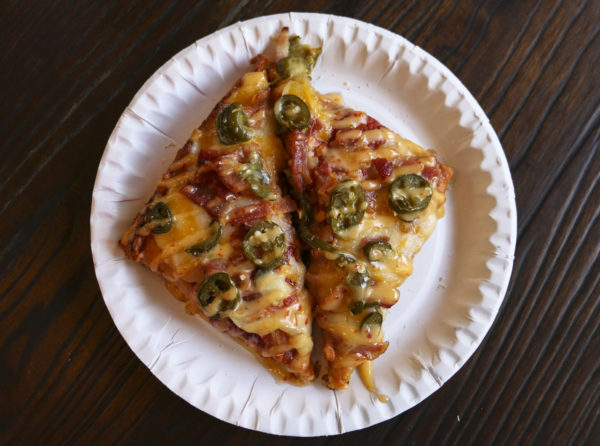 “We use natural yeast, it is a sourdough yeast. It is filling but not bloating,” said Paul Dempsey the co-founder of the restaurant.

Twins, Masetshaba and Mathapelo Rapulane, from Rosebank College who were visiting the eatery for the first time, complimented the restaurant’s service and pizza. “The place is very intimate and the pizza is really nice. When you look at them you expect them to be very small but the quantity is really great.”

The small open space kitchen gives customers an opportunity to be part of the entire preparation process.

“You can see exactly where they are making the food and you can decide whether you want it or not. It’s very hygienic,” said another patron, Thabelo Morobe, a Johannesburg City Parks and Zoo IT worker.

“This is my second time here this week,” he added.

I have been to the restaurant twice in a row with friends. The first time we had mad slices of ‘Rusticano Pie’ and ‘BBQ Chicken Pie’ with jalapeño and Bruno Mars sauce. The second time we were served the ‘Ghetto Pie’ and the chicken pizza with hot honey sauce.

None of the choices disappointed my taste buds, but the BBQ Chicken Pie with jalapeños came out on top.