Wits faculty set to meet with the president to formulate policy to stimulate the country’s economy. 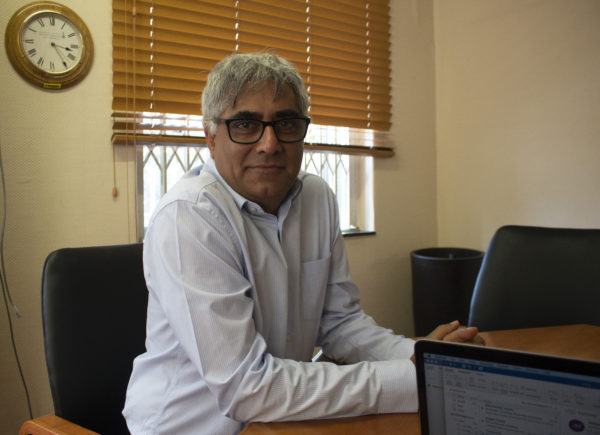 Dean Imraan Valodia is one of the four Wits academics appointed to the Presidential Economic Advisory Council. Photo: Khomotso Makgabutlane

Four Wits academics are among 17 academics and economists that have been appointed to the Presidential Economic Advisory Council (PEAC), announced on September 27.

The council is responsible for developing economic policies to grow the country’s economy. In a press statement, The Presidency said the council “is a non-statutory and independent body chaired by the president and brings together prominent economists and technical experts drawn from academia, the private sector, labour, community, think tanks and other constituencies”.

According to Dr Creamer, this is the first time such a council has been appointed with economic advisors. “[We have been] appointed for the three-year term from October 2019 until the end of September 2022,” Creamer told Wits Vuvuzela.

Luyolo Mketane reported in Business Day that the council “is aimed at ensuring ‘greater coherence and consistency’ in the implementation of economic policy”.

The secretariat of the National Treasury will support the PEAC by contributing enhanced economic research into its deliberations, according to a press statement released by the presidency.

Professor Valodia said the council will assist the president and government with their goals of rebuilding the economy. “What is needed is an economic policy. It will hopefully grow in a way to alleviate the inequalities in the economy,” Valodia told Wits Vuvuzela.

Creamer, who has been teaching economics at Wits since 2001, hopes the council will “be able to recommend reforms for the economy which will lift the rate of economic growth and make the economy more inclusive, especially for those who are unemployed and living in poor conditions”.

“South Africa needs an effective and credible growth agenda which will encourage greater levels of investment by the public and private sectors and which will help us to build a better future for our country,” added Creamer.

The council’s first meeting is scheduled for Wednesday, October 9.