REVIEW: The wrenching tale of a woman’s emotional war

Rose, a drama in the form of a monologue at the Market Theatre, explores the life of a woman who has experienced great loss and a painful past.

The theatre stage is dead dark. It lights up gradually to reveal an old woman in a blue blazer, sitting alone on a wooden bench. She has with her a water bottle, a bag and a glass of water, along with a frozen package.

The name of the woman is Rose. She is sitting on a wooden bench because that is how Jewish people mourn the dead. It is called ‘‘sitting shiva’’. Rose is mourning the death of a girl killed by a shot to the head. “The bullet struck her forehead,’’ she says. ‘‘It caught her in the middle of a thought. She was nine.”

This was the opening scene of an astonishing, two-hour long monologue at Johannesburg’s Market Theatre on Tuesday night.

Rose is a drama that follows the life of an 80-year-old Jewish woman. She recalls the events of her life, from growing up in Russia to her current life in Atlantic City. Although she is Jewish, she does not believe in God. She questions his existence because of the traumatic experiences she endured during World War II and the great loss she has encountered, from losing her family to seeing her daughter shot dead by a Ukranian soldier.

Rose argues that God is just an idea. Even though she does not believe in God, she sits shiva nevertheless: “Something like shiva, in reality, does not have much to do with religion; it’s just Jewish,” she says. 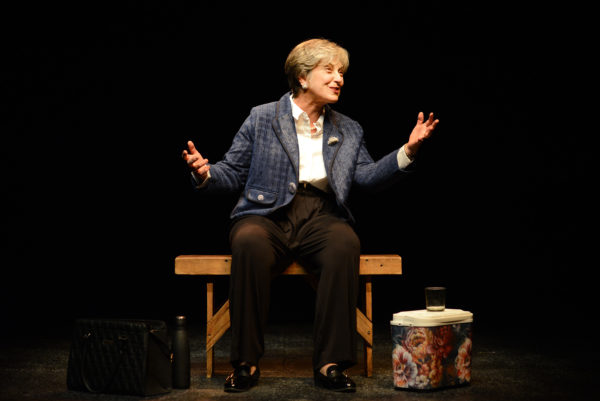 Written in 1999 by Martin Sherman, an award-winning dramatist and screenwriter, the classic show has been revived by the Market to celebrate the theatre’s 45th birthday. Under the direction of Wits school of dramatic art’s former head of department, Malcolm Purkey, the role of Rose is played by Camilla Waldman, a South African actress and lecturer on live performance.

Although Rose is a woman of great humour, she has never felt that she belonged. Even after three husbands and a boyfriend 20 years her junior, she still has never felt a sense of belonging.

Waldman tells Wits Vuvuzela that Rose is a challenging character to step into. “Not only has she the strength of a survivor, she is also 80 and tells us her story,” she says. Although she herself has not fully experienced the character’s events, Waldman tells Wits Vuvuzela, “I understand the search for belonging in my own life. I understand loss and the struggle, as a woman, to find your voice in your world.”

The first hour of the show focuses on Rose’s childhood in Russia. It recalls how she lost her daughter, and became a displaced immigrant trying to find her place in the world. Leaving Russia, she travels to Poland and Israel. Eventually she ends up in America, where she marries her second husband and finds a home.

The second hour is more lighthearted and funnier. Rose talks casually about her sexual encounters and glory days. Although the show is two hours long, time seems to fly. The audience are captivated by Waldman’s flawless embodiment of the character, and her ability to take them through a wave of varying emotions. The theatre was filled with laughter, nods, giggles, deep sighs and, eventually, a long silence. 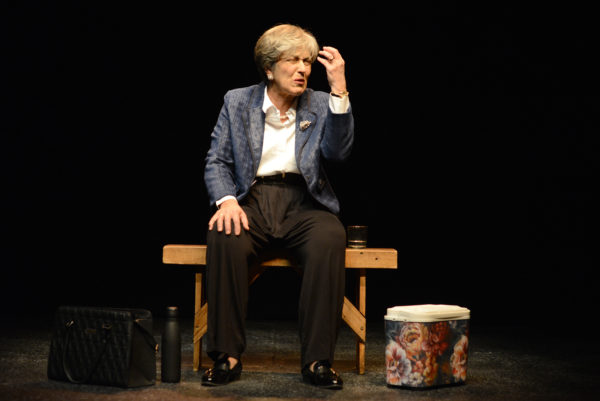 The show is a must watch because it addresses how the past shapes our present. It features an incredible actress who is no stranger to the stage and has also been on our TV screens for a while. It invokes a wave of emotions and makes the audience laugh as much as it makes them want to cry.

Rose ends on a calm, satisfying note, but right in the middle of a sentence. It makes the audience wonder what Rose wanted to say, making them walk away with a heavy heart, a burning question and the desire for more. Artslink.co.za describes the show as “a fascinating and remarkable story”.

• Wits Vuvuzela, REVIEW: Dead Places- Not All Ghosts Are Dead May, 2021