A month and ten days too long, as Charlotte Maxeke Hospital stays shut

The delayed reopening of Charlotte Maxeke Johannesburg Academic Hospital does not only affect the public but Wits health science students as well.

It has been more than a month since Charlotte Maxeke Johannesburg Academic Hospital’s (CMJAH) shut down was announced by Gauteng MEC, David Makhura, following a fire that broke out in the hospital’s dispensary room in April 2021 as reported by Wits Vuvuzela.

The closure of the hospital has had a negative effect on the public, creating a backlog in the oncology department with cancer patients unable to carry out their treatment and those in need of other medical attention as reported by eNCA. The closure is now affecting the work integrated learning of third-year nursing students.

Wits nursing department’s clinical facilitator and lecturer, Claire Bracher, spoke to Wits Vuvuzela about the effect the prolonged closure has had.

“The day the fire broke out some of my midwifery students were in the hospital. We did a debrief with some of them and obviously, they were evacuated and have not been back into the formal clinical space since,” said Bracher. 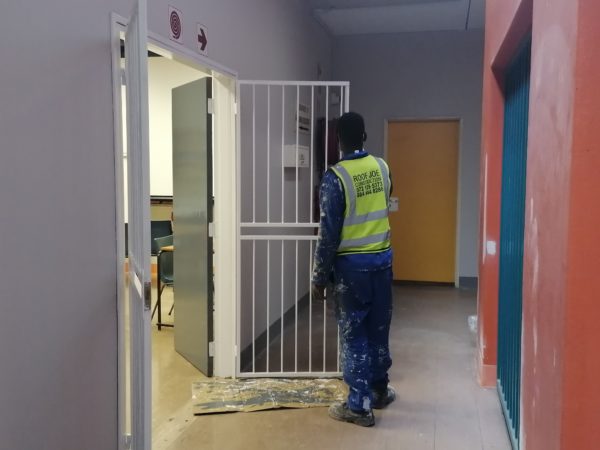 Following the fire, the Wits Nursing Department needed a fresh coat of paint on Wednesday, May 28, 2021. Claire Bracher says the fumes of paint now eliminates the after-smell from the fire. Photo: Amanda Khumalo

The students governed by the South African Nursing Association (SANC) are required to complete a certain amount of practical hours to meet SANC clinical requirements. The covid-19 pandemic posed a challenge to the department in 2020 derailing the integrated work experience of the third and fourth-year students.

“The Charlotte Maxeke fire compounded it. We just started to get on our feet going in there, [in]this gap between the second and third wave and Wits has a long tradition with CMJAH which was the place where we were placing our students,” says Bracher.

As a result of the fire, about 40 students have not been able to be redeployed to complete their hours. Bracher said, “In the past when students have failed their clinical component, we’ve extended their clinical training, so, we know there is a possibility, and I think it is something we might have to look at.”

CMJAH health care professionals along with some Wits health science students were redeployed to other regional hospitals. Dumisa Ntakana, a final year medical student explains that he is currently doing ‘mixed rotations,’ with each rotation for a duration of two weeks at a facility. “They make sure we rotate through different hospitals, so there is no major shift not being at CMJAH,” said Ntakana.

However, nursing students rotate between Tara Hospital and Hillbrow Clinic. Since the closure of the hospital, Bracher said that they were initially in talks with Hillbrow Clinic to place their students there, however, the clinic is overrun by staff from CMJAH. 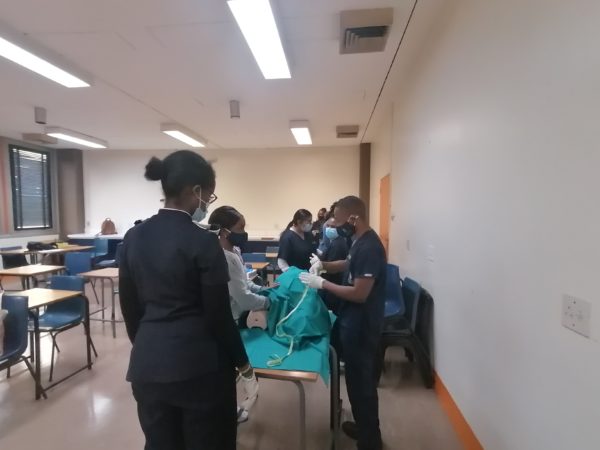 Wits nursing students during a clinical learning class in the nursing department on Wednesday, May 28, 2021. Photo: Amanda Khumalo

Despite this, the department is still on track with its theoretical learning, which has been taking place online and in person. They have launched a new concept-based curriculum. The aim is to expand into different clinical spaces to support their current curriculum and for students to experience different clinical spaces. “Wits is appealing to SANC to give us permission due to the unforeseen and special circumstances, that our students can be placed at other hospitals,” said Bracher.