I did not realise that not knowing how to speak an indigenous South African language worked to my detriment. That is, until it emerged as a reason for bullying I experienced at school.

To my black peers, who often conversed in a combination of different languages, I was deemed ‘‘too white-washed’’, a ‘‘coconut’’. I was teased for not knowing how to pronounce my name properly, judged for when I did not dress up for Heritage Day, and questioned about my ethnicity because my accent did not sound South African and I apparently also did not look it. 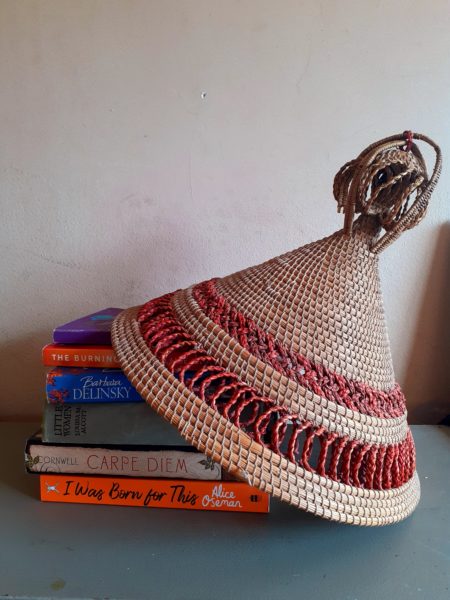 My parents told me they chose to focus on teaching my siblings and I English, because they struggled with it at school and did not want the same for us. We always watched English movies and shows, and I have fond memories of my parents reading me the most beautiful books growing up. I admired the way relatively simple words could be merged to stitch stories together intricately. My parents will gladly tell anyone this is why I love writing, but despite the good English has done for me, I feel a lot of resentment towards it.

While attending family gatherings as a child, I did not notice there was this language being spoken that I did not understand. Most of the family members I saw regularly spoke to me in English, so I thought nothing of it.

In 2011 I transferred to a new school for grade six, where IsiZulu was offered as a subject. As I had requested, our helper at the time spoke to me only in Zulu. I was excited to learn more in grade seven, but disheartened to find they offered the language only from grade three to six. I thought high school would have more variety in languages, but it offered no second language besides Afrikaans. If you wanted to learn another, it had to be on your own.

In 2017, my matric year, while conversing with schoolmates, I asked that a comment in Setswana be translated. A learner questioned why I could not speak Setswana if my parents could. I became angry; not at her, but at my Sotho father and Tswana mother, who were fluent in almost all 11 official languages. I was frustrated: My family was surely supposed to teach me the languages that connected me to my roots, but instead had shackled me to one not inherently mine. I have memories of being shouted at by the few black teachers I had. They were strangers and peers who perceived me as rejecting who I am, when that was not the case.

I always felt a kind of pain, hearing my cousins and friends speak the languages meant to connect me to my family. There was a time when we visited my paternal grandfather before he passed away. He spoke (as he always did at such gatherings) on the value of family and time. He began in English, then switched to Sesotho. My siblings and I did not know what he was saying: Everyone else held onto every word, but my mind wondered over all the possibilities of what he was saying. I felt disconnected and hurt to miss a valuable discussion with one of the most intelligent people I knew.

I worried about what would happen when I chose to marry: Would my partner’s family dislike me because I could not commune with them in their mother tongue? Would my wedding, and perhaps even my marriage, not be supported by them? I was, and still am, anxious to meet the family of those I date, or even the family of friends, because it always becomes a point of discussion; a discussion I was not keen on. Would I bring shame on my family and those who raised me, if it was their duty to teach me?

At the start of my third year of university in 2020, I realised I was the only one who could do anything about it. If people much older than me learn new languages every day, at 20 years I was not too old to do the same. I downloaded Sotho and Tswana audiobooks and textbooks, watched shows such as The River and Being Bonang, and tackled translating songs in the car with my father. I was ready to make everyone proud of me and I was dedicated.

After a while I grew frustrated at not learning fast enough, so three months into lockdown last year I asked my parents to no longer speak to me in English: “Tswana and Sotho only!” I said with confidence. Now, at 21 years old, while I am not having full conversations in Sotho or Tswana, my understanding has improved greatly. I am determined to learn, no matter how long it takes. I would rather learn forever than never know at all.