The City of Johannesburg in collaboration with the Forum for the Empowerment of Women (FEW) launched the Soweto Pride project on Thursday, September 9, 2021. The project is an effort to fight prejudice, harassment and violence against those in the LGBTQIA+ community.

Soweto Pride was initially founded in 2004 by FEW, to amplifying the voices of black lesbians in society, at a time when they were still largely marginalised. The event helped in advancing and advocating for queer rights. Initially, only a few people were brave enough to march through the streets of Soweto for pride events. But there has been a steady increase in participation over the years according to FEW’s acting director, Nonfundo Ndaba.

Wits Vuvuzela reported on the #QueerLivesMatterMarch march in Braamfontein, which called for urgent action where various queer rights are concerned. The Soweto Pride project is an effort to increase the direct engagement with policymakers marchers called for. 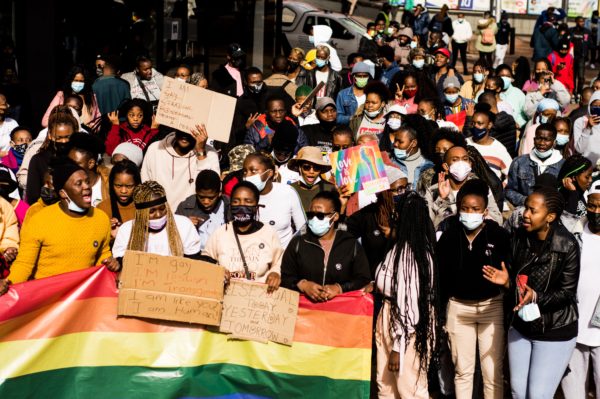 Khotso Sekolo, A second-year Psychology student at the University of Johannesburg told Wits Vuvuzela that he is looking forward to attending the Soweto Pride festival on September 25, 2021.

“Seeing all gays, lesbians and transgender people at one place and standing for what they love makes me feel part of something very big,” he said. The Soweto Pride didn’t take place last year due to the covid-19 pandemic.

Loyiso Masuku, the councillor of corporate and shared services, emphasized that the LGBTQI+ community should be treated as no less than human. “We are all people with equal rights as enshrined in the constitution and the bill of rights,” Masuku said.

The launch is seen as yet another step taken by the government in tackling the high number of GBV cases in the country.