No changes 10 months on

The Defend our Democracy campaign held a picket outside the Charlotte Maxeke Johannesburg Academic Hospital (CMJAH) on Friday, March 4, 2022, in an attempt to get the hospital fixed and reopened. 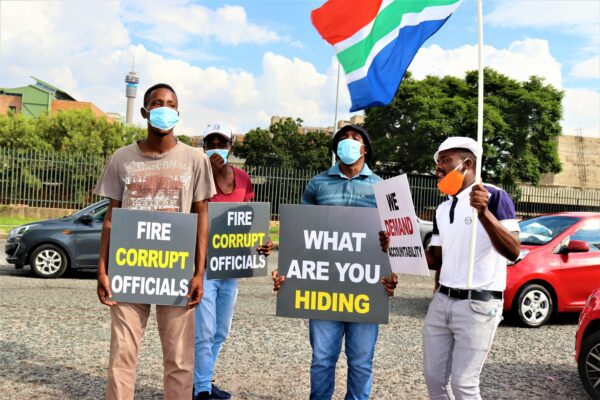 According to their memorandum, about 30% of the hospital remains closed, which includes the casualty ward, the specialist psychiatric ward and the cardiothoracic Intensive Care Unit (ICU).

A representative of the Wits School of Clinical Medicine, Professor Daynia Ballot said they joined the picket because the closure of the hospital has had a negative impact, not just on doctors and patients, but on the students training to become doctors as well.

“Our training is not up to par because student groups are too big, and students don’t get to see the elective surgeries that they normally would,” said Ballot.

CMJAH was closed on April 16, 2021, after a fire broke out in the dispensary and the Students who were doing their clinical work at the time were redeployed to other hospitals across Gauteng.

As part of their partial reopening in June 2021, the hospital reopened the radiology and oncology units. However, there continues to be a long waiting list for patients who need to either start or continue with essential treatments.

According to Gcinashe Nqabeni, an Advocacy Officer for the Cancer alliance: “There are currently 2000 patients on the waiting list seeking treatment.” Some even blame the slow reopening for the deaths of some patients.

Thabo Masebe, a representative of the office of the premier acknowledged that there haves been some delays in fully reopening the hospital.

“[Part of] the problem with the delays was the dispute between the Department of Health (DOH) and the Department of Infrastructure development. Their plan was too costly. We are now using an agency that will complete the work on time for cheaper,” he said.

“The hospital will be reopened in 2023,” promised Masebe to an apathetic crowd.