In queer-centered children’s book, Witsie tells the story of a gender-diverse child learning to become proud of being different.

A Wits part-time honours student and investigative journalist, has authored a gender-diverse children’s book which aims to flip the narrative on what being “different” really means, and to spark important conversations in South African homes.

The self-published book, which is currently available for pre-order and should be available to the public by the end of June 2022, is centered around a young, Sowetan child on their first day of school. Proudly wearing a pink dress, Sipho, a non-binary and ambiguous-presenting child, is viewed as “different” by classmates and teacher.

After school, Sipho and their mother Mashianoke (named after Magolego’s supportive mother), redefine the usually demeaning and derogatory term, used for anything out of the heterosexual parameters, through words of affirmation. Ultimately, Sipho sees that, “To be different is to be you.” 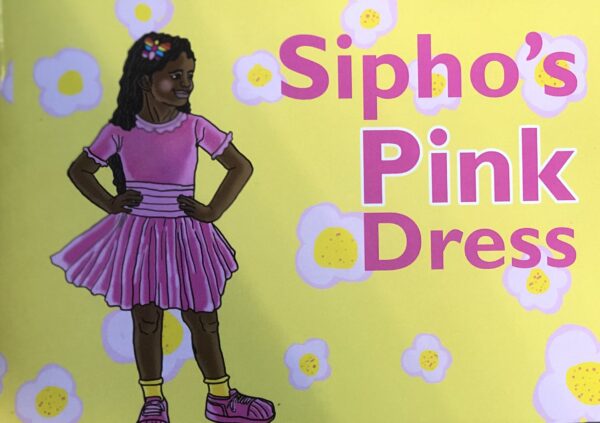 Magolego always wanted to write a book. When he did research on queer literature in 2020, he was dismayed at how little was available and decided to fill the gap.

As an investigative journalist, Magolego sees it as his responsibility to expose injustices. His skills have been used for SABC’s Special Assignment since December 2021 and previously at eNCA’s Checkpoint. In 2022, he enrolled part-time for honours in journalism and media studies, which he hopes will develop his skills and challenge him further.

While working on his undercover assignments, which looked at transgender medical rights, he discovered that there were only four public hospitals in South Africa that offered gender-affirming services such as gender-confirmation procedures or psychological support. This “showed me that people are really clueless and do not have the information (about the transgender and queer community)” and why the wrote the book, he says.

He also was inspired by his own experiences. Growing up and going to school in the township of Thembisa, Kempton Park, he was bullied for being “different” as an outspoken, not-yet-out queer child.  ”I was very extroverted but also very lonely, as I didn’t see enough of people like myself around me,” Magolego told Wits Vuvuzela.

To get the book to fruition took many months of research, but he is not afraid of a challenge. Colleague and producer for Special Assignment, Lindiwe Mabena, says, “Tshego is known to be creative and think outside the box. He is the type of journalist that makes you want to be better and do better.”

The book is illustrated by Pietermaritzburg-based illustrator, Kamohelo Molefe, of Kamo Vison Comics. The two creatives met in an online Facebook group. “I had a great time working on the book. Tshego is a really great person,” said Molefe, who also commended Magolego’s relentlessness in trying to spread the book’s message.

FEATURED IMAGE: Tshegofatso Magolego has taken it upon himself to fill in the gap in queer African literature. Photo: Elishevah Bome