Girls have nothing to show for decades of sex education

Statistics from the past year point to wide gaps in translation between what is being taught in schools about sex and what is really happening to many young girls in South Africa.

END_OF_DOCUMENT_TOKEN_TO_BE_REPLACED

Why does society create norms that protect men from being held accountable for sexualising women?  END_OF_DOCUMENT_TOKEN_TO_BE_REPLACED

SLICE: A taste of being the toxic friend

The consecutive loss of multiple close friendships made me realise we are all capable of toxic behaviour. END_OF_DOCUMENT_TOKEN_TO_BE_REPLACED

PROFILE: Witsie provides comfort to GBV victims from a distance

“It’s all about comfort, even if I don’t know who is receiving the bag” END_OF_DOCUMENT_TOKEN_TO_BE_REPLACED

END_OF_DOCUMENT_TOKEN_TO_BE_REPLACED

Slice of Life by Aarti Bhana: Revealing the name of a sexual predator was my job as a journalist but empowering women through my words is part of my activism.  END_OF_DOCUMENT_TOKEN_TO_BE_REPLACED

One of the three complainants at the centre of a sexual harassment disciplinary hearing which resulted in the dismissal of a senior academic at Wits University has spoken out.

END_OF_DOCUMENT_TOKEN_TO_BE_REPLACED

Wits University’s efforts to preventing sexual harassment, which caused a scandal in 2013 and led to the dismissal of three lecturers, is “not that good,” said Prof Melissa Steyn, director of the Wits Centre for Diversity Studies.

“Commitment to policies of sexual harassment on the universities part and the university community as a whole was not that good,” said Prof Melissa Steyn, director of the Wits Centre for Diversity Studies.

Steyn made her comments to Wits Vuvuzela following a roundtable discussion held last week that was poorly attended.

“The turn out to Friday’s roundtable discussion was not great at all, only about 25 people attended,” Steyn said.

“We have a lot of commitment from a small group of people,” said Steyn. However, wider support from the Wits community had not yet been forthcoming.

“We all have to care about these issues, otherwise these problems will not go away,” said Steyn.

Since its establishment last year in response to recommendations of a formal inquiry into sexual harassment in 2013, the Gender Equity Office has received over 100 cases of sexual and gender-based harassment at Wits.

The inquiry followed a series of reports about sexual harassment published by Wits Vuvuzela in 2013. The reports led to the suspension and disciplinary hearings of four lecturers. Three of the lecturers were ultimately dismissed while a fourth resigned.

“In recent years, the university has revamped relevant policies and has overhauled awareness campaigns, reporting structures and legal processes to deal with any form of abuse, particularly sexual harassment of any form,” Steyn said.

She said that while the university had received over 100 complaints of sexual or gender-based harassment, there were probably more cases going unreported.

“As any institution, or society more generally, we understand that reported incidents do not represent the full picture, and we are working to encourage reporting of incidents as well as to act against perpetrators of gender-based harm,” Steyn said.

The roundtable discussion on Friday was to reflect on sexual harassment at Wits and if there were any changes taking place. 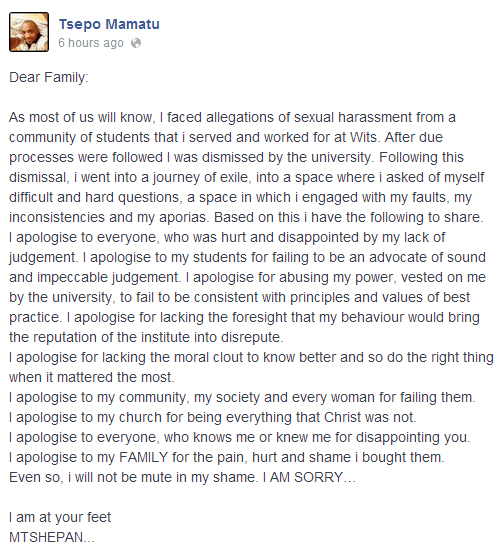 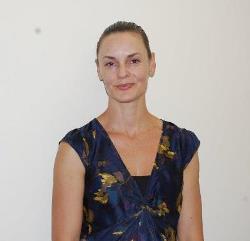