END_OF_DOCUMENT_TOKEN_TO_BE_REPLACED

#FeesMustFall panel discussion takes an unexpected turn when a student accuses a panelalist of assault.

END_OF_DOCUMENT_TOKEN_TO_BE_REPLACED

A Rhodes University student was found dead in her apartment this past Sunday.  END_OF_DOCUMENT_TOKEN_TO_BE_REPLACED 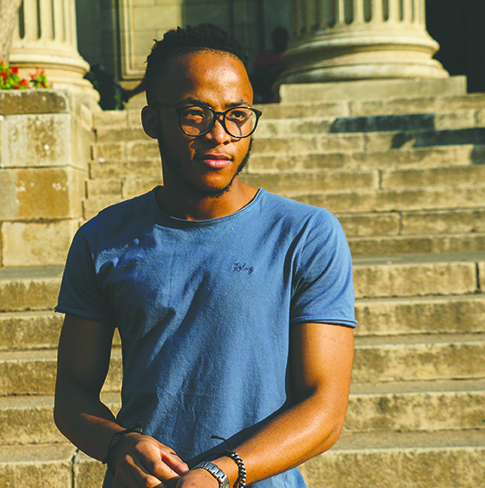 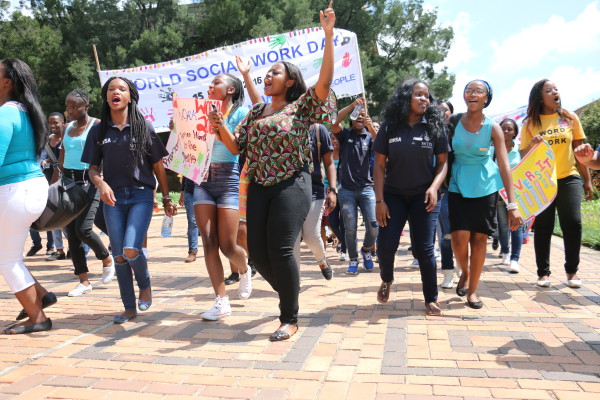 The Social Work profession could do with more males. This is according to Social Work Students Association (SOWSA) chairperson Gift Khumalo who joined other social work students at a march on the Wits campus on Monday.

“Everybody experiences social problems. Whether you are a male or a female, the problems are the same,” says Dr Thobeka Nkomo, the deputy head of the Wits Social Work department.

These sentiments were echoed by Mbazima Mathebane, SOWSA founder and Wits alumnus, who said males had unique qualities. “I am not saying that women can’t do it; but you need a combination so that you are able to influence policies, structures and institutions that are out there,” said Mathebane.

Mathebane said World Social Work Day on March 15 was a day to reflect and to “somehow re-ignite the passion for what we are about”. He was the keynote speaker and sought to highlight the obligation that social work had towards society. He urged everyone, black and white, young and old, to actively make positive contributions to society.

The celebrations started with a march from East to West Campus, inspired by the global theme ‘Promoting the Dignity and Worth of Peoples’. The association said the aim of the march was not only to acclimatise the new students to campus, but also to show that people could make their voices heard through peaceful protest.

“People are used to protesting and burning things on campus, but this one is different,” said Khumalo.

Despite the presence of men in the association, too few males are registering for social work and going into the profession. Khumalo said the reason could be the perception of social work as just a “pity course”, that produces professionals whose only job is to distribute grants.

Khumalo and Nkomo said there was more to social work, and there were internship and employment opportunities in the police, defence and correctional services. For the department, it is about giving male students exposure to what it is that they are passionate about, said Nkomo.

What is the most outrageous thing you’d do to raise registration money?

A series of the most outrageous things Wits students would do to raise money for waived fees.