Despite the high number of people registered to take part in today’s local government elections many are refusing to go to the polls because of lack of trust in the political process. END_OF_DOCUMENT_TOKEN_TO_BE_REPLACED

The DA, EFF and ANC have campaigned for the last time before the elections. END_OF_DOCUMENT_TOKEN_TO_BE_REPLACED

Q & A with Sello Lenyaro

Wits alumnus Lenyaro Sello, studied Honours in journalism with the aim of telling stories. She is currently working at eNCA. Lenyaro took Wits Vuvuzela through her fast-paced career.

Why did you pursue journalism? 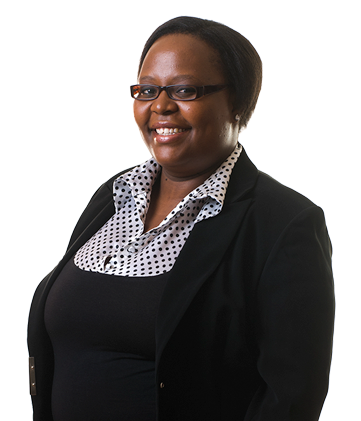 Well, it is a weird story I don’t speak about much. It was around 1993 when the country was on the brink of a civil war after South African Communist Party (SACP) leader Chris Hani was killed. There was panic at the time and there were various violent stories making headlines. Newspapers were all carrying stories of violent clashes – a war brewing.
At the time I was eight and I remember clearly sitting with my grandfather as he read stories from the newspaper to me. One day I asked why people do bad things like killing others. And why do people write about it? And he simply answered – “We live in an ugly world and we need journalists to keep us informed and tell those stories to the world.” I knew then that I want to tell stories for the rest of my life.

What do you hate about your job?
Journalism is a tough job. You need to ask tough questions and go where others won’t. The worst thing is that we often find ourselves in danger. Just recently on Friday (July 22) in Meyerton while I was covering protests I was attacked, assaulted and my camera smashed on the floor. All this because I was trying to report on the protest – and that is the worst thing about the job – sometimes things are unpredictable and we may find ourselves in dangerous situations.

How has journalism affected your personal life?
The bad ways – as journalists we see and go through difficult situations. I have covered gruesome court cases, for example the case of a baby whose parents were sentenced for abusing her. She died a painful death and the details of her death that I heard in court still haunt me today.
I have also covered death, going to funerals and having to report on people’s pain – some things just don’t leave you. On a brighter note, however, journalism has made me more aware of the country and the world we live in. Through covering different stories you begin to appreciate the different cultures, traditions we have in the country and that becomes lessons in my personal life.

Highlight of your career?
Co-winning the Vodacom Journalist of the Year Award for online in 2015 (Northern Region) together with my colleague Bianca Ackroyd. This award was special because it was for a story related to a story that touched many across the world and especially in South Africa. It was for the funeral of Nelson Mandela. Bianca and I followed a traditional Xhosa choir as they raised money and embarked on a journey to Qunu to bid farewell to Madiba. They had nowhere to sleep, and we followed them and we also slept in cars and spent more than 36 hours on the road to get to Qunu because of car problems and everything. But it was an amazing story of patience and determination to bid farewell to South Africa’s greates

END_OF_DOCUMENT_TOKEN_TO_BE_REPLACED

No wall too high to climb

Wits Mountain Club to compete against other provinces. END_OF_DOCUMENT_TOKEN_TO_BE_REPLACED

Witsies to represent Gauteng at the nationals. END_OF_DOCUMENT_TOKEN_TO_BE_REPLACED